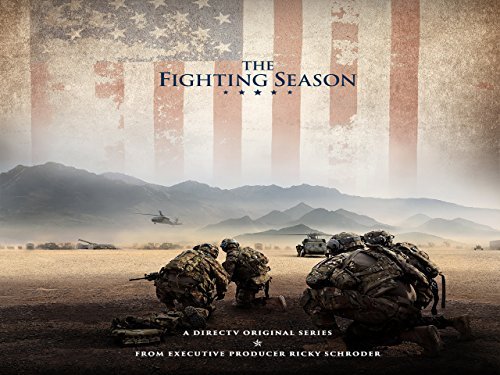 The 2014 Fighting Season will determine the fate of Afghanistan. The US Army fights to defend the national elections. The 3rd Platoon soldiers hunt the Taliban, who are rocketing FOB Shank. This time, the Taliban are ready for the fight.

Coalition Forces assist the Afghan National Army as they tackle a Taliban stronghold in the Tangi Valley. Task Force White Devil sets its sights on a high mountain border crossing and sets its drones on a motorcycle carrying deadly cargo.

The White Devils hunt Taliban leader Arctic Fox, but the Fox strikes first. In Kabul, a massive explosion rocks the streets in an attempt to assassinate a presidential candidate in the upcoming election.

Thank you to all of our customers and followers of MY FIGHTING SEASON!

We listened to you and we now are offering individual episodes for only $3.99!  If you decide to purchase the Season Pass, you will receive a $2 coupon code off the regular purchase price of $17.99.

We'd love to hear what you think. Connect with us on social media or show your support by sharing this update with friends!

MY FIGHTING SEASON- Individual Episodes now available for $3.99 or get the Season Pass for the discounted price of $17.99.